Canadian Copper has entered into an option agreement to acquire a portfolio comprised of 5 properties in the well-known Bathurst Mining Camp, New Brunswick from strategic partner Puma Exploration Inc. (PUMA: TSXV). Following execution of acquisition conditions, properties will be 100% owned by Canadian Copper.

The Company’s objective is to advance our flagship project Chester through an aggressive work program, aiming to rapidly define additional resources and generate a clear path to a development decision within 12-18 months. 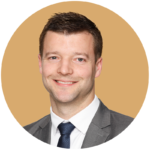 Mr. Quick has more than 13 years as a well-regarded mining leader, with a track record spanning the USA, Mexico, Argentina, and Canada. His specific experience includes early stage permitting, project development through to design engineering, construction, and final turnover. Mr. Quick joins Melius from McEwen Mining Inc. where he was Vice President of Projects. He has an honours degree in Economics from Bishop’s University and an Executive MBA from the Kellogg School of Management at Northwestern University. 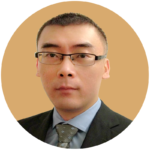 Mr. Peng is a Canadian Chartered Professional Accountant. He has worked in public accounting for the past 10 years providing financial services primarily to junior exploration companies. Mr. Peng has acted as CFO and director for other Canadian reporting issuers. In addition, since December 2010, Mr. Peng has been the senior financial analyst at Marrelli Support Services, a well-respected supplier of accounting and reporting services. Mr. Peng was a senior accountant at MSCM LLP and KPMG LLP. Mr. Peng holds a master degree in Management and Professional Accounting from the Rotman School of Management, University of Toronto. 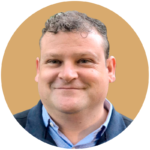 As a finance professional, Mr. Elinesky brings over 20 years of experience as a CFO and senior financial leader for publicly traded companies in both Canada and the US. He is currently a CFO for Skylight Health Group Inc. With a focus on M&A and consolidation experience, Andrew was SVP and CFO at McEwen Mining where he managed equity and debt financing of over $150M and a $35M asset acquisition and $40M company acquisition. He also has held various senior leadership and treasury roles at Heinz UK, Diageo, and Worldcom UK. Andrew graduated from Oxford Brookes University, is a CPA in Ontario, and is Treasurer for the Canadian Network for the Prevention of Elder Abuse. 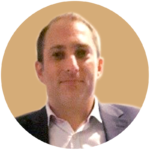 Mr. Robillard became President and CEO of Puma in 2010. He is currently a Director of PEZM Gold Inc. (PEZM-H) and reviewing potential strategic acquisition opportunities in the green energy sector. From 1998 to 2007, Marcel held the position of Project Geologist and Project Manager at Géominex, a geology and exploration consulting Company, before taking on the role of President from 2007 to 2015. Marcel has a B.Sc. in Geology and an M.Sc. in Earth Sciences from the Université du Québec à Montreal, Canada. 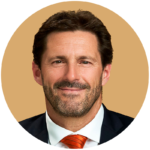 Mr. Tessier P.Eng, P.Geo., is a Professional Engineer and Geologist, involved in the mineral exploration and mining industry since 1989, including 16 years as Director, President and CEO of publicly traded Junior companies. Mr. Tessier started his career as Exploration Manager of the Quebec exploration office for Cominco Ltd in Noranda. He subsequently became geological consultant to the industry with clients from both the major and junior sectors in Canada, South and Central America and Central Asia. Mr. Tessier obtained his Engineering degree at Ecole Polytechnique in Montreal and his MSc in Economic Geology at Queen’s University in Kingston. Mr. Tessier holds professional designations with Geoscientists of Ontario, Quebec, as-well as Professional Engineers of Ontario and Quebec.